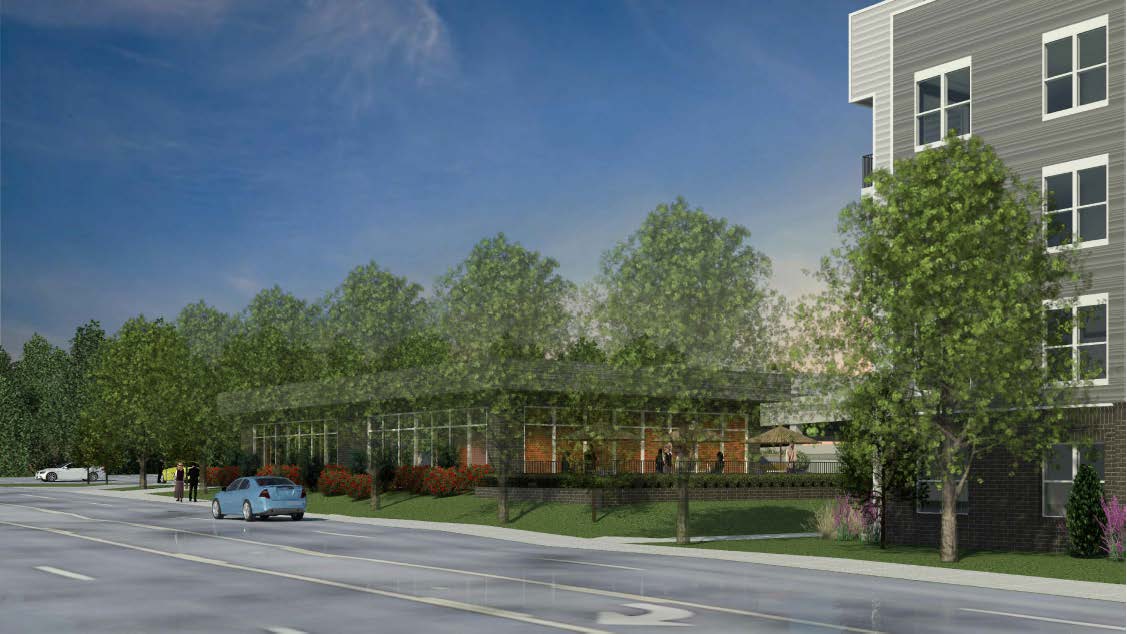 The former City Hall grounds at 9473 Olive Boulevard have been designated a redevelopment area. On January 22, 2019, the City Council authorized the release of a Request for Proposals (RFP) for the former City Hall property and the two property owners west of the site. Referred to as the City Center Redevelopment Project, the combined area totals 2.9 acres along Olive Boulevard.

A development proposal has been submitted, and selected.  The proposal is from Ridgehouse Capital, whom has placed under contract all three parcels.  Ridgehouse Capital proposes a four-story mixed-use development consisting of 151 multifamily units and approximately 3,500 square feet of retail space on 3.16 acres.  The multifamiliy units are comprised of studios, 1 bedroom, and 2 bedroom units.  The retail component will be an outlot building located at the southwest corner of the site with Olive Boulevard visibility.  The multifamily project area includes a parking garage, dog park, leasing center, fitness center, club room, pool and sundeck.